The Tabor Grand Hotel Apartments is a rehabilitation and historic preservation development in Leadville. It provides 37 one- and two-bedroom affordable apartments and has ground-floor retail. It was completed in 2014 by the Overland Property Group and benefited from multiple forms of support from CHFA, including nearly $653,000 in Housing Tax Credits and a $880,000 loan from CHFA’s Housing Opportunity Fund.

Originally built in 1885 as a hotel, the building is historically significant and an architectural cornerstone of Leadville’s downtown. The development utilized construction and preservation expertise to preserve the history and character of the building so that it can remain a community asset for many years to come. The development won the Governor’s Award for Historic Preservation in 2015.

Contributors to success in development

A development in search of a developer. The vision for the rehabilitation of the Tabor Grand Hotel predated the involvement of the Overland Property Group. Through an unexpected connection made at a housing conference in Colorado, Overland learned of the concept and joined as the developer, with approval from the existing partners. Although Overland was not expecting to take on this type of project, the uniqueness of the building and the value they felt they could bring to the development team made it an attractive opportunity.

A vision for long-term preservation. The Tabor Grand was in desperate need of preservation. The original development vision planned for a rehabilitation to keep the building operational and preserve it for the next 10 to 15 years, at which point it would likely need some additional investment and work. As Overland learned more about the building, they realized there was an opportunity to save long-term costs by extending the life of the building by 100 years instead. They worked with their development partners and consultants to find ways to achieve this while trying to control the increased costs.

Building a high-capacity development team. Overland knew they would need outside expertise. This was the first historic rehabilitation they had ever done, though they had recent experience with non-historic rehabilitation. Although there was an architecture and construction company already tied to the project that completed due diligence on the development, this was a complicated construction undertaking due to both the condition of the building and the high-elevation location of Leadville at 10,151 feet above sea level. Overland, therefore, brought in outside construction consultants they had previously worked with to provide insight and help with the pivot in vision toward long-term preservation.

Gaining community trust. Prior to this development, Overland had no experience working in Colorado. Community stakeholders in Leadville had mixed experiences with developers and preservation efforts over the years, some of which had fallen short of expectations. The community was therefore skeptical, and the development team had to work to gain their trust. Overland’s approach to building this trust relied on a combination of individual relationship-building and demonstrating results that aligned with the community’s priorities. For example, the commitment to thorough, long-term preservation of the community’s asset helped to build stakeholder confidence that the development was in the community’s best interest. According to Leadville Today, upon seeing the extent of the scaffolding surrounding the building during construction, one resident exclaimed “Wowser, looks like they’re serious this time!”

Supportive partners. The Tabor Grand development is a great example of successful partnerships between developers and public entities. In addition to the development team partners, Overland worked with CHFA to obtain a $652,836 Housing Tax Credit Award and $800,000 Housing Opportunity Fund loan and saw CHFA as a key supporter and problem-solving partner in the development process. Agreements with local jurisdictions and housing authorities on real estate taxes also helped to make the deal work. The existing owner was also a key partner in determining how to structure the sale and management of the property using master leases that enabled the owner to maintain revenue from the retail portion of the development while ceding ownership and management responsibilities to Overland.

Creative problem solving in design and construction. Given the unique nature and history of the building and the high elevation of Leadville, the Tabor Grand required a combination of creativity and risk tolerance in design and construction. For example, the team determined that ice and moisture would be significant threats to the building over time, so they installed a computer system that manages heated panels on the roof to mitigate these factors. The building also had underground tunnels connection to the basement that needed to be explored and assessed for any complicating factors. The team’s ability to anticipate and adapt to challenges like these as they arose were key contributors to the development’s success.

Balancing short-term costs with long-term preservation. The development team had to be creative in balancing preservation goals with the realities of material and construction costs. In many cases, they decided to accept higher costs in return for better long-term performance or better fidelity to the preservation goal. For example, rather than replacing the windows with newer, less expensive models, they opted to refurbish the original windows with double-paned glass to improve energy efficiency. Although this meant three-to-four times more cost than the lowest-cost alternative, the development team felt it achieved a better result. The roof replacement was another example. The existing roof had some life left in it, but did not align with the long-term preservation vision, so it was replaced. To offset these additional costs, Overland and their construction partners found ways to save costs elsewhere. They were able to identify approaches like reducing the number of manlifts and skid loaders to save on costs and ultimately ended up achieving a reasonable balance.

Collaboration with existing tenants. Although the Tabor Grand needed rehabilitation, there were still existing tenants that were inherently impacted by the construction process. To rehabilitate the units, tenants had to be relocated to other parts of the building. The construction team worked in six-unit blocks to move people into new units as they were completed to open previous units for construction. This, combined with a number of vacant units that existed at the start of development, allowed for tenants to remain living in the building during development. According to Overland, the existing residents were fantastic in dealing with the construction disruptions and relocation, and generally enjoyed having a front-row seat to the transformation of their building.

Key lessons for other developers

Effectively partnering and managing construction is critical. Given the unpredictable nature of rehabilitation and historic preservation developments, you must have an unwavering trust in both the companies and the specific people involved in the development. Finding a company that has solid references and a long history of successful projects is important. In addition to successes, it’s helpful to ask about an unsuccessful project to learn how they deal with challenges. For example, one construction company involved in this development was part of a well-publicized lawsuit. Investigating the resolution of this challenge and how the company dealt with it helped to build Overland’s confidence in the company. Understanding how the company incentivizes its onsite superintendents is also important to ensure they are not creating an environment where corners will be cut at the cost of the development’s quality.

Build relationships for long-term success. Overland attributes their success, both in this development and more broadly, to their ability to build long-term relationships with partners, including community stakeholders. Even though they work across multiple states, they often continue working with local partners because they have built trust with them and have learned to work together. This served Overland well in the Tabor Grand development, for example, when they were able to bring in trusted construction partners as consultants to help the development team refine the vision and deliver on the project scope. Understanding and listening to who the development affects, what their needs and desires are, and how you can incorporate them into your process is critical.

Plan for the unexpected in rehabilitation. Due diligence is critical in historic rehabilitation so that you have complete understanding of the site and building. However, there will always be unexpected challenges and problems to solve. You can't plan for everything, so building flexibility into your development plan and budget is important.

Utilize other more experienced developers. According to Overland, affordable housing development—and arguably real estate development in general—is not a traditional industry in which people are afraid of sharing best practices. For example, Overland was supported by Medici and Troy Gladwell, a more experienced developer, on a different project. This was incredibly helpful to achieving that development’s success. In other words, think of developers as potential resources and collaborators. 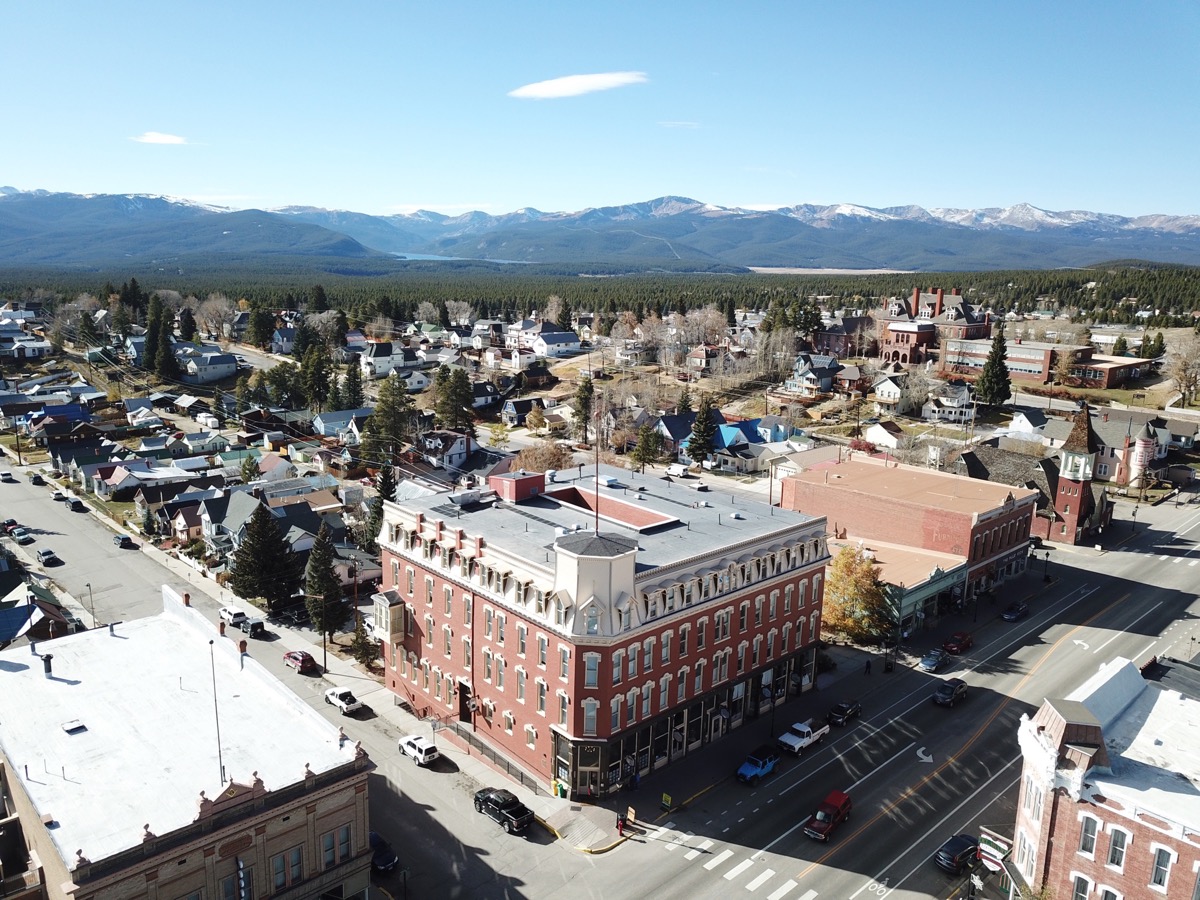