The Bridge Shelter, located in Cortez, provides a seasonal shelter for up to 41 people, including separate spaces for those who are sober and those who are not. The development also has a second floor with 12 transitional housing apartments that can accommodate up to 27 formerly homeless individuals. A variety of supportive services, including work opportunities, are provided to residents.

The Bridge Shelter was developed by The Bridge Emergency Shelter (the Bridge), which now occupies and operates the development. The new facility, completed in 2019, replaces the organization’s previous shelter space, expanding both capacity and the range of support the organization provides.

Contributors to success in development

Deep community roots. For the last 15 years, the Bridge has been the only housing provider for those experiencing homelessness in Cortez. The Bridge began as a handful of dedicated volunteers who were responding to a clear community need and crisis when homeless people were dying in the city’s parks due to winter weather exposure. The organization grew and now has paid staff and provides a range of services. This grounding in clear community needs and existing network of connections to community stakeholders meant the Bridge had a strong foundation for community support and buy-in to its development. The community supported the project and helped raise funds from both institutions and individual donors. Local businesses also supported the development; for example, a local furniture store provided furniture at cost.

Taking advantage of site acquisition opportunities as they arise. The start of the new Bridge development occurred when the previous owner of the site decided to sell it. The site had easements that influenced what could be developed and required infrastructure to be installed, but the opportunity was too good to pass up. After a discussion with the owner and assessment of the site’s viability for new development, the lot was deeded to the Bridge for use as a shelter.

A location that aligns with resident needs. The location of the site is perfect, given the needs of the populations the Bridge serves. The site is located at the corner of one of the main thoroughfares in Cortez’s core. It is within walking distance to other principal agencies and services. The site is within proximity to the local hospital, meal services, an affordable housing development, and law enforcement facilities.

Presenting a bold vision to funders. A pivotal moment in the development concept came when Laurie Knutson, the Executive Director of the Bridge at the time, was asked by her board chair and staff from the Colorado Division of Housing (DOH) what her vision was for the new development. Instead of presenting the vision she thought was most feasible, Laurie presented the vision she thought would best serve the needs in the community, expecting to be asked to revise her thinking. Instead, she was able to win over the support from her board and DOH to pursue the more ambitious vision that included not only the shelter activities the Bridge had previously focused on, but apartments to fill a transitional housing need that was unmet in the community. This bold vision helped the Bridge secure $1.2 million in funding from DOH for the development. Additional funding was provided by the Federal Home Loan Bank, the Gates Fam­ily Foundation, and individual community donors. CHFA donated $15,000 to help furnish the development.

Putting thought into design needs before engaging an architect. The Bridge had already determined the types of spaces and floor plans they wanted to see in their new development and created preliminary design sketches before approaching an architect. They identified the architect of a nearby building that had been well-designed who was interested in working with them. Some modifications were needed to ensure viability, but the final design closely aligned with the Bridge’s original sketches and goals. For example, the final design required a much larger commitment of space to house the building’s systems than their original sketches had called for. This required sacrificing some of the storage space the Bridge had planned for.

Being flexible in design. The design process also provided the opportunity for the Bridge to rethink some of their own assumptions about design. For example, they originally wanted to include a deck in the rear of the building, but ultimately abandoned this idea after realizing that it might encourage people to camp underneath it. Concerns were also raised about the foundation’s ability to support the commercial washer and dryer that would be needed for the building. In the end, the architect and engineering teams were able to design a solution that met their needs without sacrificing the integrity of the building.

Utilizing local construction labor. The Bridge’s use of local labor, including both the general contractor and many of the subcontractors, was another contributor to their success. The fact that community members were constructing the building meant they had a direct stake in its success and were committed to a positive outcome.

Aligning operations and services with resident needs. The services the Bridge provides and the way they operate their development account for the needs and starting points of their residents. Supportive services provided onsite and through referrals provide addiction treatment, peer counseling, mental health services, and work opportunities and internships through partnerships with employers. In the transitional housing portion of the development, leases are provided on a six-month basis, but can be renewed if the tenant is showing progress toward developing self-sufficiency.

Key lessons for other developers

Don’t make design more complicated than it needs to be. After occupying the new building, the Bridge realized that they had overdesigned certain elements. For example, the second floor had an exhaust fan controlled by a motion detector, which was too sensitive in detecting motion so they realized that a simpler solution would have better served them. Similarly, they had a light timing system installed, but it ended up being too complicated to operate and they ultimately opted for simple switches. Garbage disposals installed in the second-floor apartments were originally intended to make life easier but have become a maintenance issue.

Keep the community’s needs and mission of your organization front and center. Maintaining focus on the mission and specific development needs of the organization was a key contributor to the Bridge’s success. While they did not have development experience, they were still able to complete their development by helping people understand the importance and value that it adds to the community.

Learn more about The Bridge. 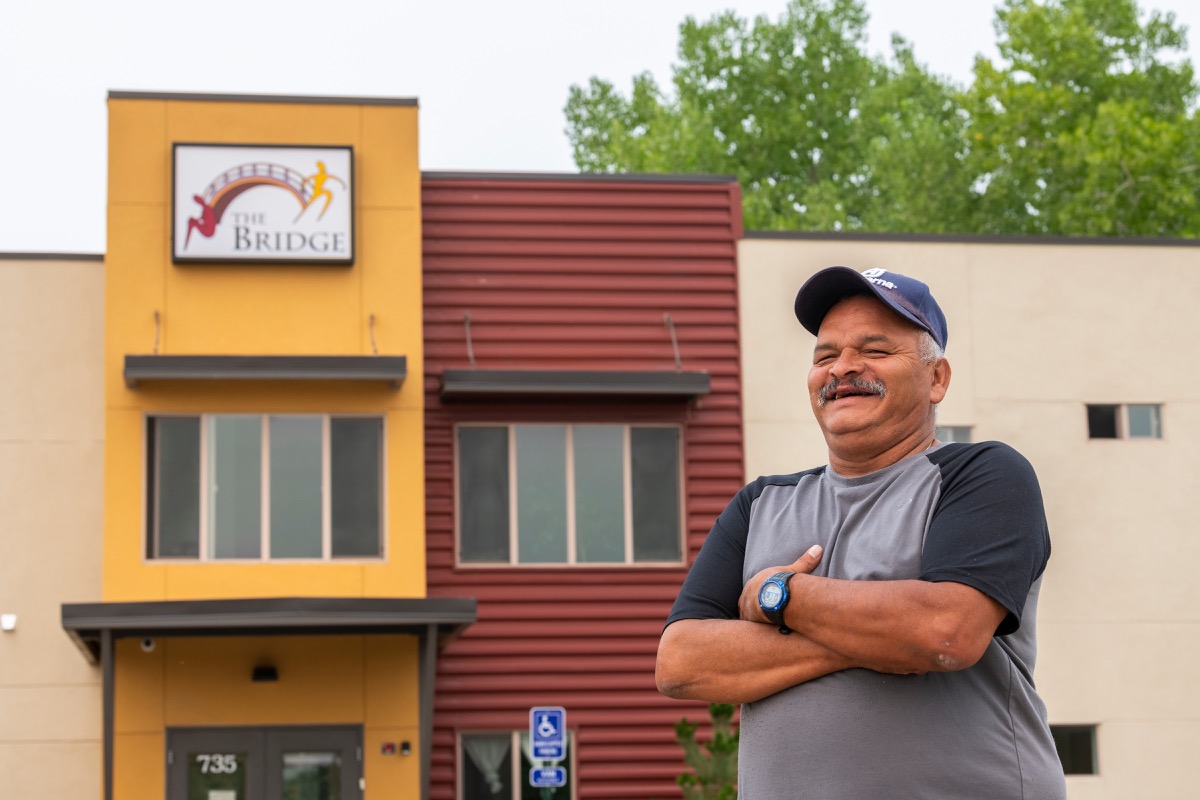